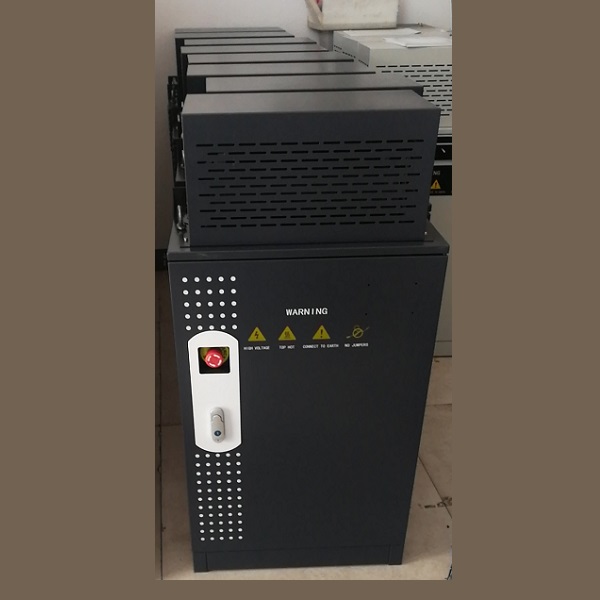 The elevator control cabinet is a device used to control the operation of the elevator. It is generally placed next to the traction machine in the elevator machine room, and the control cabinet of the machine roomless elevator is placed in the hoistway. It is mainly composed of electrical components such as frequency converter, control computer board, power supply device, transformer, contactor, relay, switching power supply, maintenance operation device, wiring terminal, etc. It is the electrical device and signal control center of the elevator. With the development of computers and electronic technology, elevator control cabinets have become smaller and smaller, distinguished between second and third generations, and their functions are becoming more and more powerful. The advanced nature of the control cabinet reflects the size of the elevator function, the level of reliability and the advanced level of intelligence.

5. We can also customize according to your requirements, including colors

2. When the control cabinets are installed in rows and the width exceeds 5m, there should be access channels at both ends, and the channel width should not be less than 600mm.

3. The installation distance between the control cabinet and the mechanical equipment in the machine room should not be less than 500mm.

4. The vertical deviation of the control cabinet after installation should be no more than 3/1000.

(1) According to the command information of the operation control, control the start, acceleration (acceleration, speed), running, deceleration (deceleration), leveling, stopping, and automatic re-leveling of the car.

(2) Ensure the safe and reliable operation of the car.

(1) For general lifting height, there is one control cabinet for each elevator of medium speed elevators. It includes all control and drive devices.

(2) Large lifting height, high-speed elevators, machine-roomless elevators are divided into signal control and drive control cabinets because of their high power and high power supply voltage of the traction machine.

(1) Driver operation: The driver closes the door to start the elevator operation, and selects the direction by the command button in the car. The call from outside the hall can only intercept the elevator in the forward direction and automatically level the floor.

(4) Independent operation: Only drive to a specific floor by instructions in the car, and provide services for passengers on a specific floor, and do not respond to calls from other floors and outside halls.

(5) Special floor priority control: When there is a call on a special floor, the elevator will respond in the shortest time. When answering to go, ignore the commands in the car and other calls. After arriving at the special floor, this function is automatically cancelled.

(6) Elevator stop operation: At night, on weekends or holidays, use the elevator to stop at the designated floor through the stop switch. When the elevator is stopped, the car door is closed, and the lighting and fans are cut off to save electricity and safety.

(7) Coded security system: This function is used to restrict passengers from entering and exiting certain floors. Only when the user enters a predetermined code through the keyboard, the elevator can drive to the restricted floor.

(8) Full load control: When the car is fully loaded, it will not respond to calls from outside the hall.

(10) Clear invalid commands: Clear all commands in the car that are not in accordance with the elevator running direction.

(15) Forced door closing: When the door is blocked for more than a certain period of time, an alarm signal will be issued and the door will be forcibly closed with a certain force.

(16) Photoelectric device: used to monitor the entry and exit of passengers or goods.

(17) Light curtain sensing device: Using the light curtain effect, if there are still passengers entering and exiting when the door is closed, the car door can automatically reopen without touching the human body.

(19) Automatic control of lights and fans: When there is no call signal outside the elevator hall, and there is no command preset in the car for a period of time, the power supply of lighting and fans will be automatically cut off to save energy.

(20) Electronic touch button: Touch the button with your finger to complete the call out of the hall or the registration of instructions in the car.

(22) Automatic broadcast: Use large-scale integrated circuit speech synthesis to play gentle female voices. There are a variety of content to choose from, including reporting the floor, saying hello, etc.

(24) Emergency operation during power failure: When the mains power grid fails, use the backup power supply to run the elevator to the designated floor for standby.

(25) Emergency operation in case of fire: In case of fire, the elevator will automatically run to the designated floor for standby.

(26) Fire-fighting operation: When the fire-fighting switch is closed, the elevator will automatically return to the base station. At this time, only firefighters can operate in the car.

(27) Emergency operation during an earthquake: The seismometer tests the earthquake to stop the car at the nearest floor and allow passengers to leave quickly to prevent the building from swinging due to the earthquake, damaging the guide rails, making the elevator unable to run, and endangering personal safety.

(28) Early fretting earthquake emergency operation: the early fretting of the earthquake is detected, that is, the car is stopped at the nearest floor before the main shock occurs.

(29) Fault detection: Record the fault in the microcomputer memory (generally 8-20 faults can be stored), and display the nature of the fault in numbers. When the fault exceeds a certain number, the elevator will stop running. Only after troubleshooting and clearing the memory records, the elevator can run. Most microcomputer-controlled elevators have this function.

(2) Priority dispatch: When the waiting time does not exceed the specified value, the hall call of a certain floor will be called by the elevator that has accepted the instructions in the floor.

(3) Area priority control: When there is a series of calls, the area priority control system first detects the "long waiting" call signals, and then checks whether there are elevators near these calls. If there is, the nearby elevator will answer the call, otherwise it will be controlled by the "maximum and minimum" principle.

(4) Centralized control of special floors: including: ①store restaurants, performance halls, etc. into the system; ②determine whether it is crowded according to the load of the car and the frequency of calling; ③when crowded, assign 2 elevators to serve these floors. ④Do not cancel the call of these floors when crowded; ⑤Automatically extend the door opening time when crowded; ⑥After the congestion recovers, switch to the "maximum minimum" principle.

(5) Full load report: Statistic call status and load status are used to predict full load and avoid another elevator dispatched to a certain floor in the middle. This function only works for signals in the same direction.

(6) Priority of the activated elevator: Originally, the call to a certain floor, according to the principle of the shortest call time, should be taken care of by the elevator that has stopped on standby. But at this time, the system first judges whether the waiting time of passengers is too long when other elevators respond to the call if the elevator on standby is not started. If it is not too long, other elevators will answer the call without starting the standby elevator.

(8) Special floor service: When there is a call on a special floor, one of the elevators will be released from the group control and serve the special floor exclusively.

(9) Special service: The elevator will give priority to the designated floors.

(10) Peak service: When the traffic is biased towards the upward peak or the downward peak, the elevator will automatically strengthen the service of the party with greater demand.

(12) Decentralized standby control: According to the number of elevators in the building, low, medium and high base stations are set up for useless elevators to stop.

(15) Energy-saving operation: When the traffic demand is not large, and the system detects that the waiting time is lower than the predetermined value, it indicates that the service has exceeded the demand. Then stop the idle elevator, turn off the lights and fans; or implement the speed limit operation, and enter the energy-saving operation state. If the demand increases, the elevators will be started one after another.

(16) Short distance avoidance: When two cars are within a certain distance of the same hoistway, airflow noise will be generated when they approach at high speed. At this time, through detection, the elevators are kept at a certain minimum distance from each other.

(17) Instant forecast function: Press the hall call button to immediately forecast which elevator will arrive first, and report again when it arrives.

(18) Monitoring panel: Install a monitoring panel in the control room, which can monitor the operation of multiple elevators through light indications, and can also select the optimal operation mode.

(19) Group control firefighting operation: press the firefighting switch, all elevators will drive to the emergency floor, so that passengers can escape from the building.

(20) Uncontrolled elevator handling: If an elevator fails, the original designated call will be transferred to other elevators to answer the call.